The predecessor of my Joshua Domotica , here’s a more detailed overview of the electronics used. 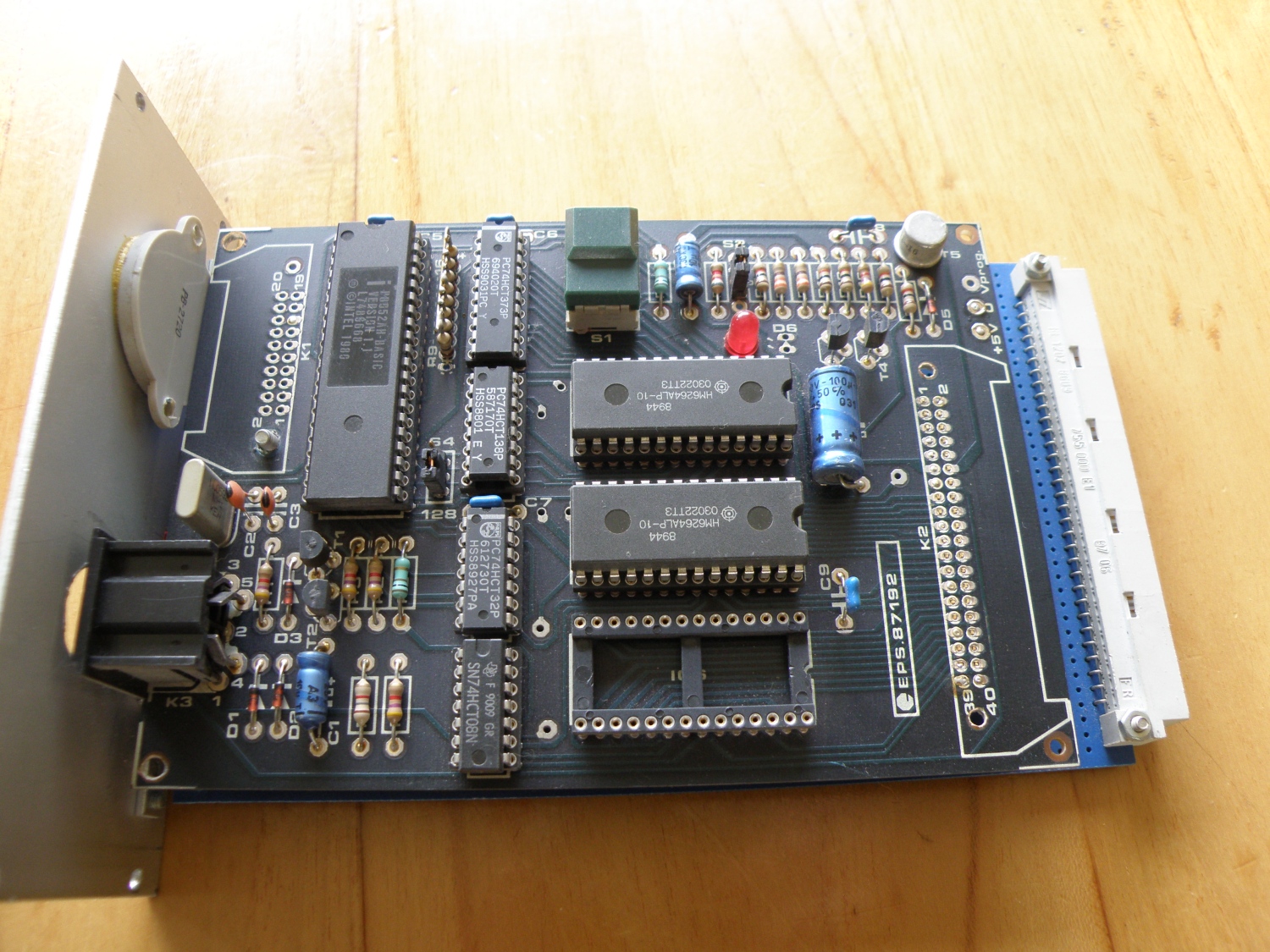 First controller board for my domotica. Was running on a 8052AH Basic and mounted in a 19″ rack with the other eurocards. Not in use anymore, everything can now be done with a simple avr controller. 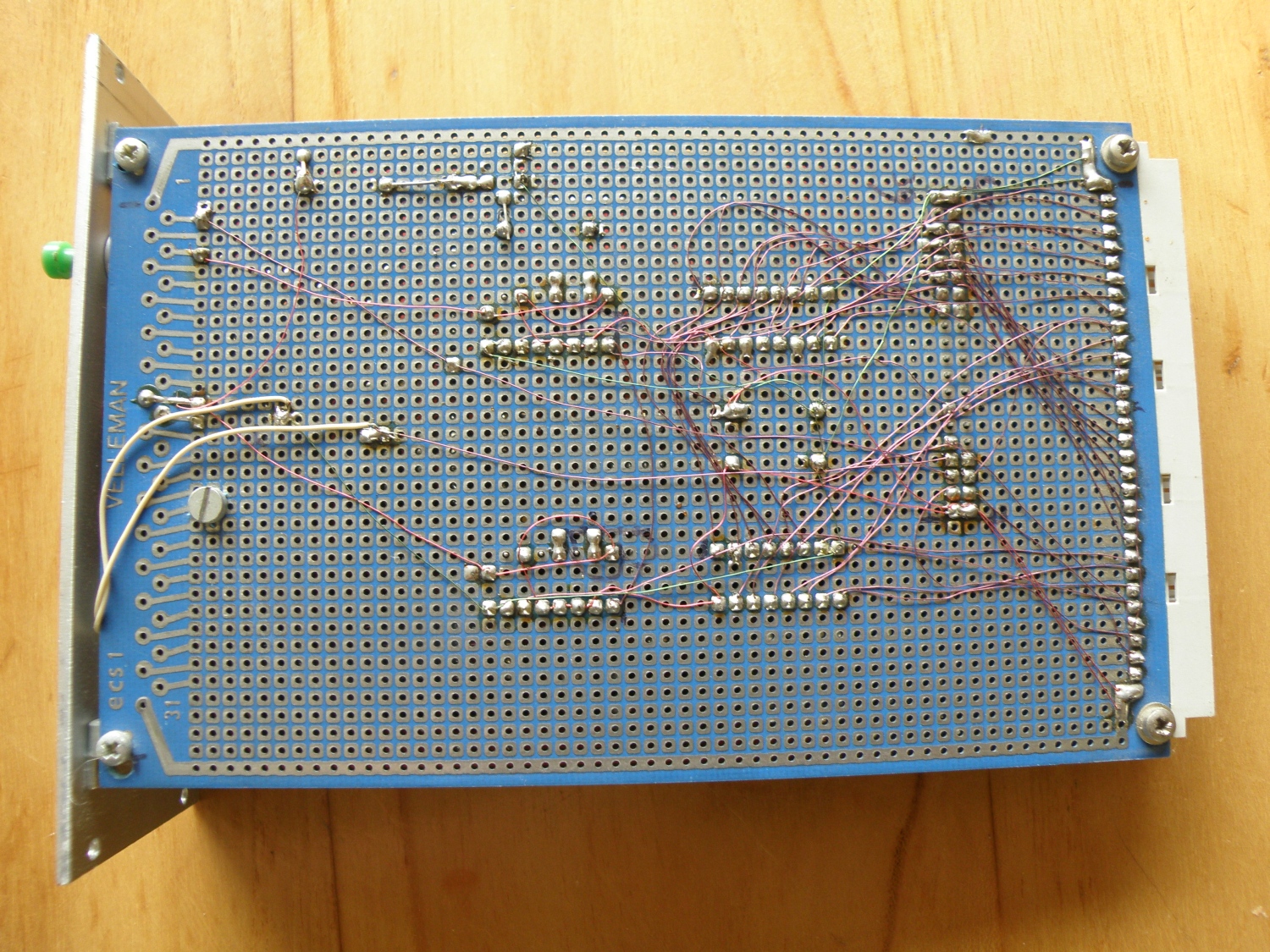 Same board controller board, bottom view. 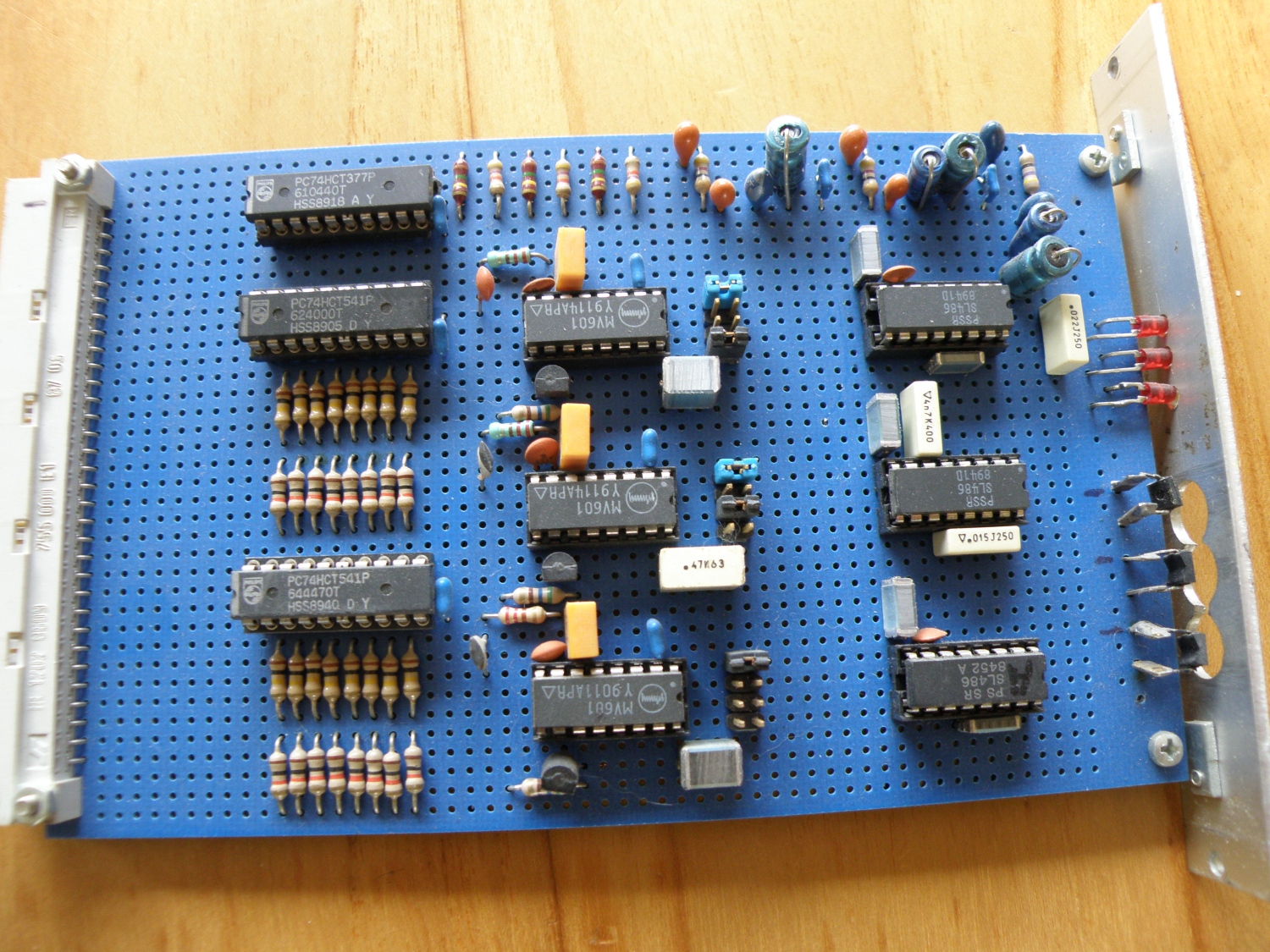 Ir receiver board to belongs to the above Joshua predecessor controller board. A lot of electronics for something simple we now these days with one receiver and the rest in software. 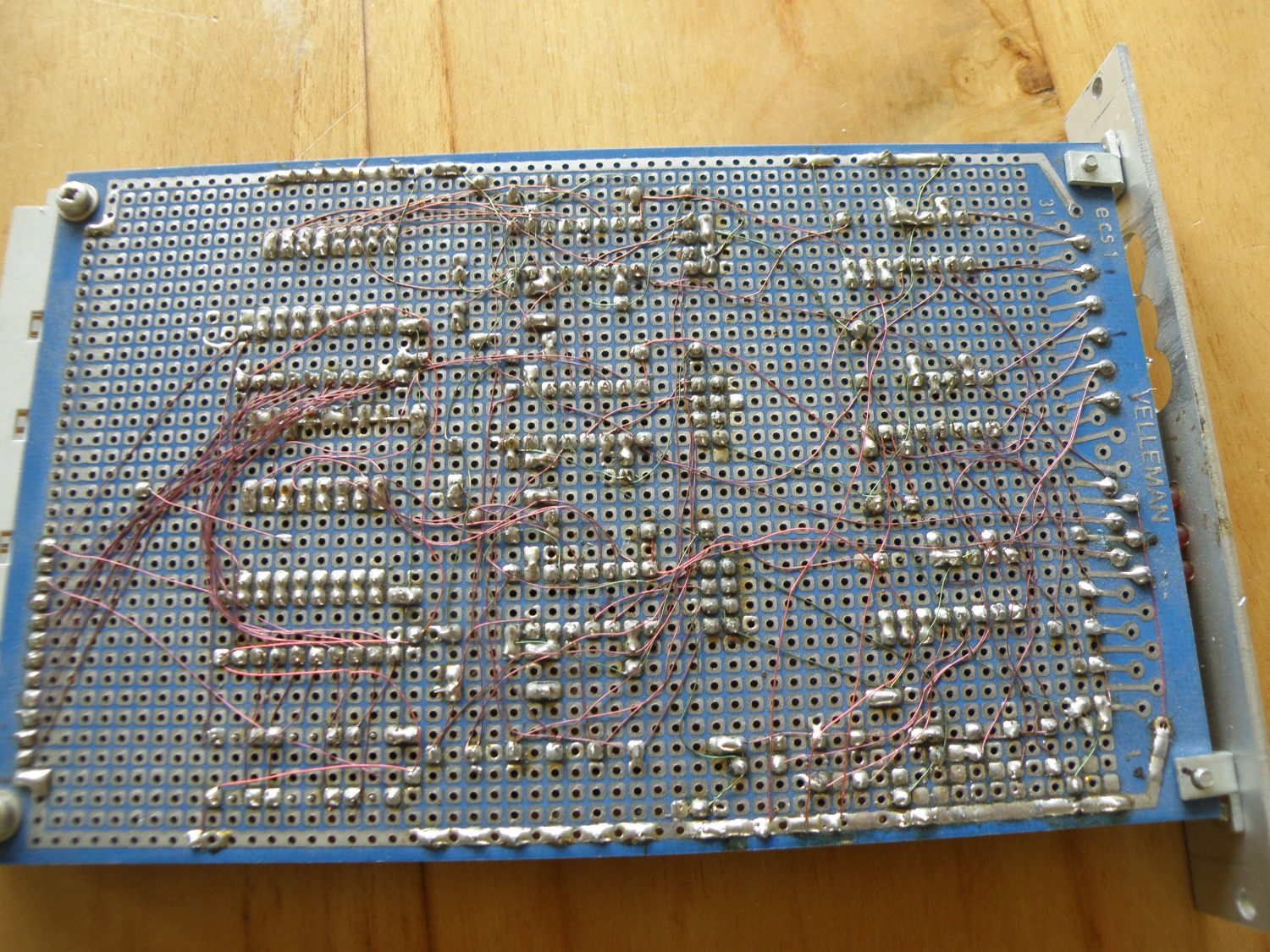 Same ir receiver board, bottom view. Routing and making a pcb was 25 years ago not that easy and cheap so wiring the pcb with roadrunner wire was the simplest and cheapest way to make the pcb. Until you made a mistake…
You can’t see it anymore but there where different colors for Vcc, gnd and data, but after all those years the colors are faded. 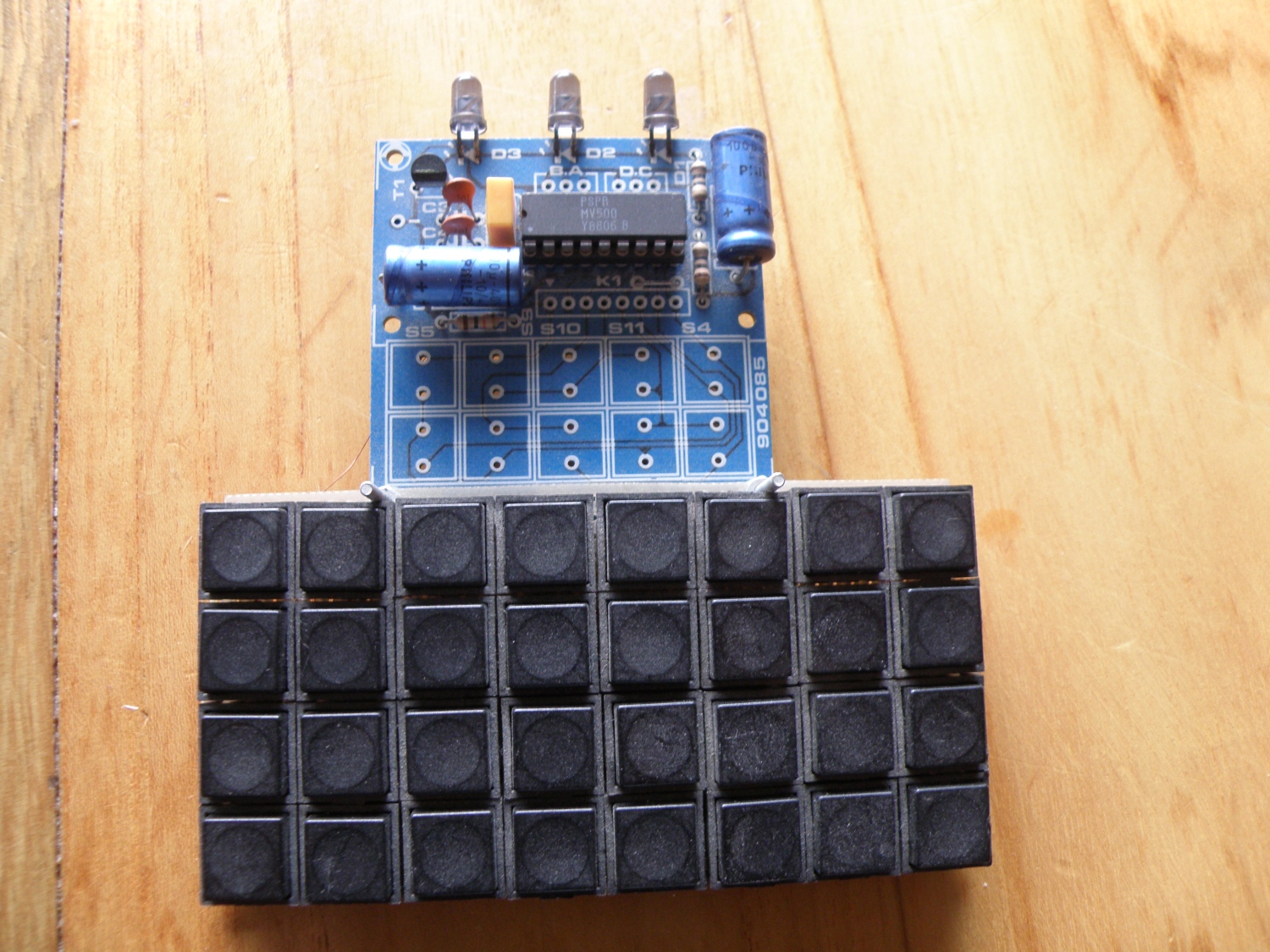 The ir transmitter for the above receiver board. I used it only to program my learning remote controller, so that’s why it’s not build for daily use. You can switch between 3×32 channels with the jumpers. 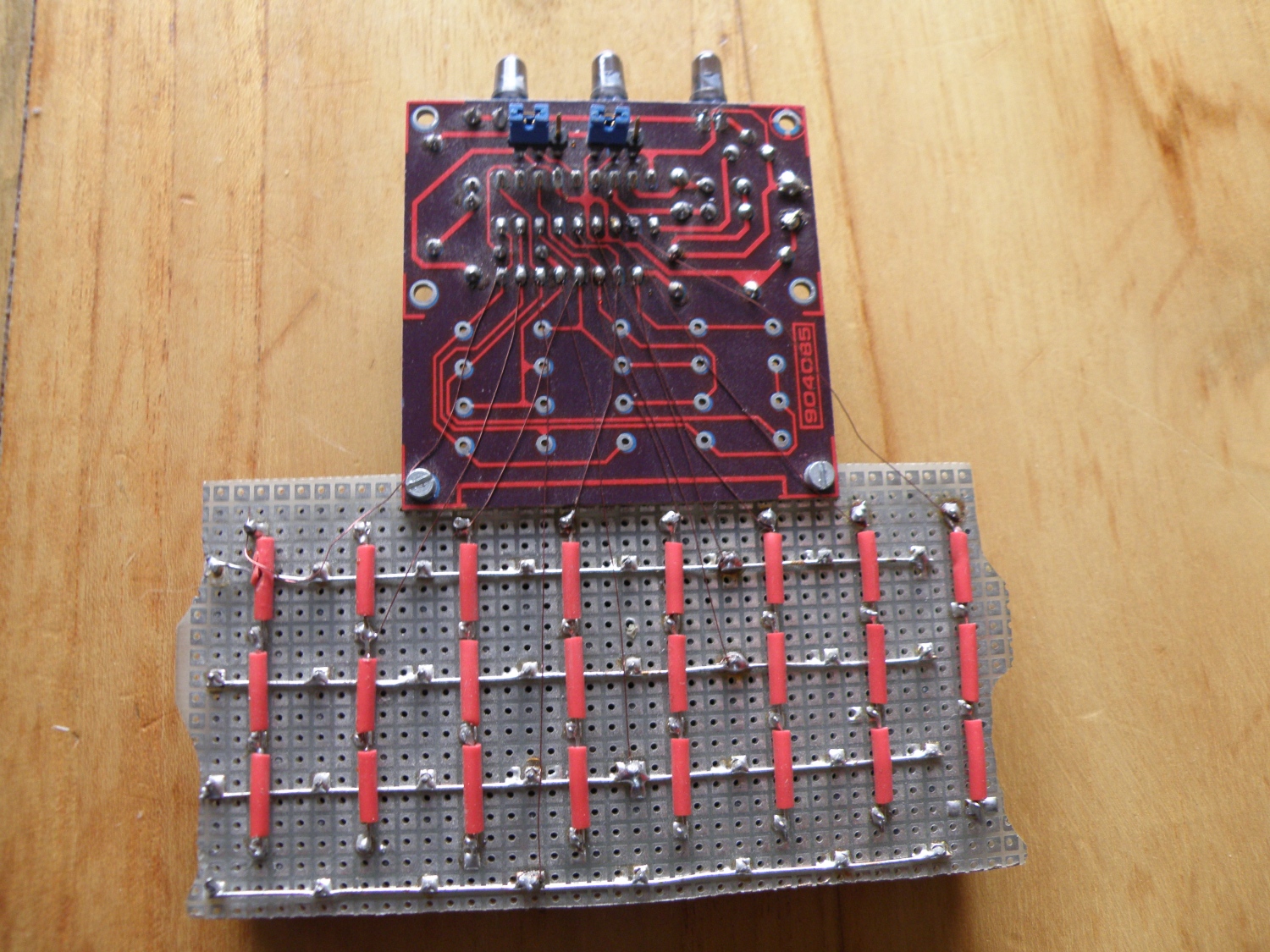 The original Elektor design only supported 10 channels so I hacked in the other 22 channels that the Ir controller was capable of sending  by adding my own keyboard. 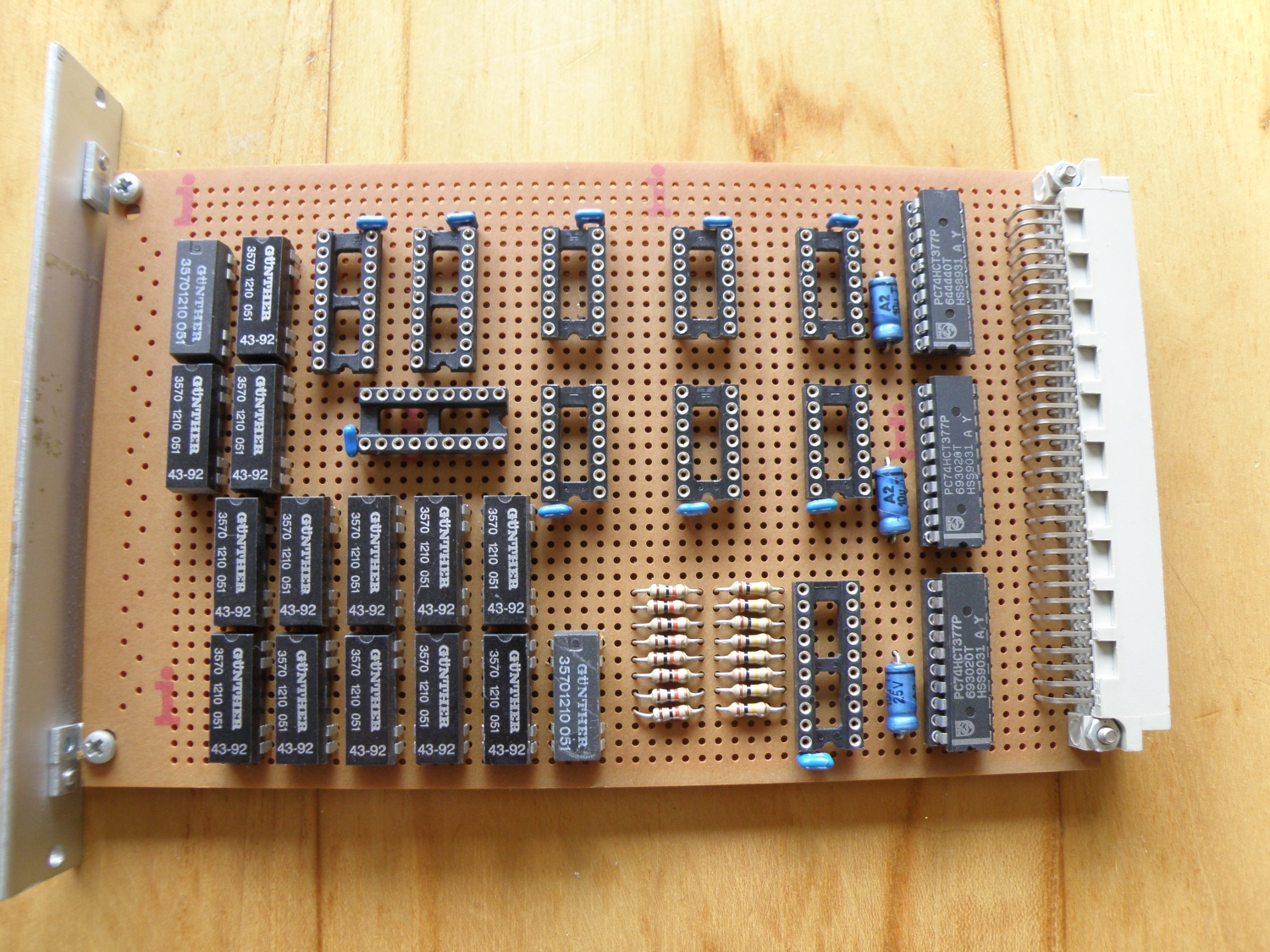 The interface card between my domotica and amplifier. Looking at the empty sockets I have already recycled some ics. 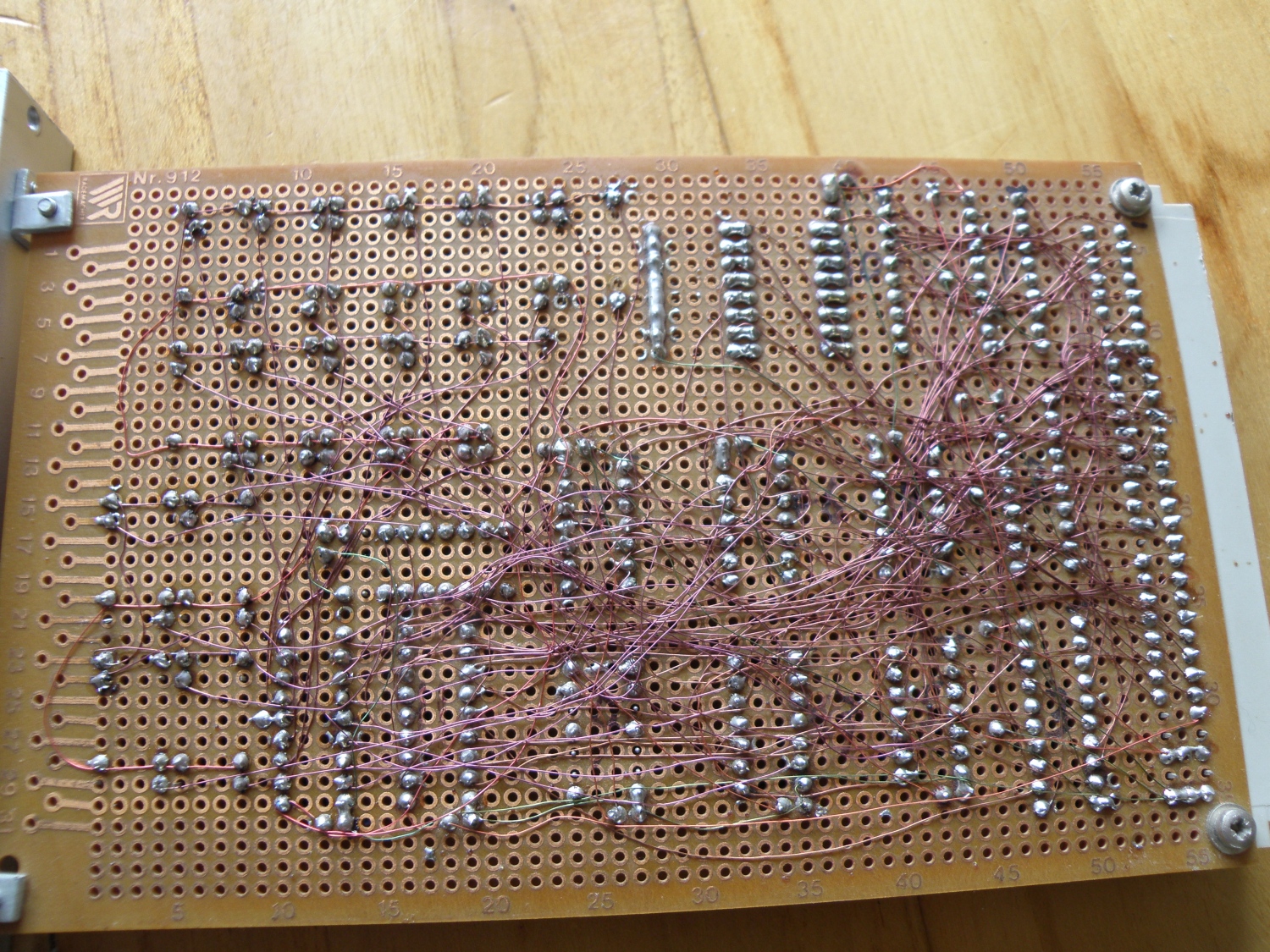 And on the back side again a lot of roadrunner wires. 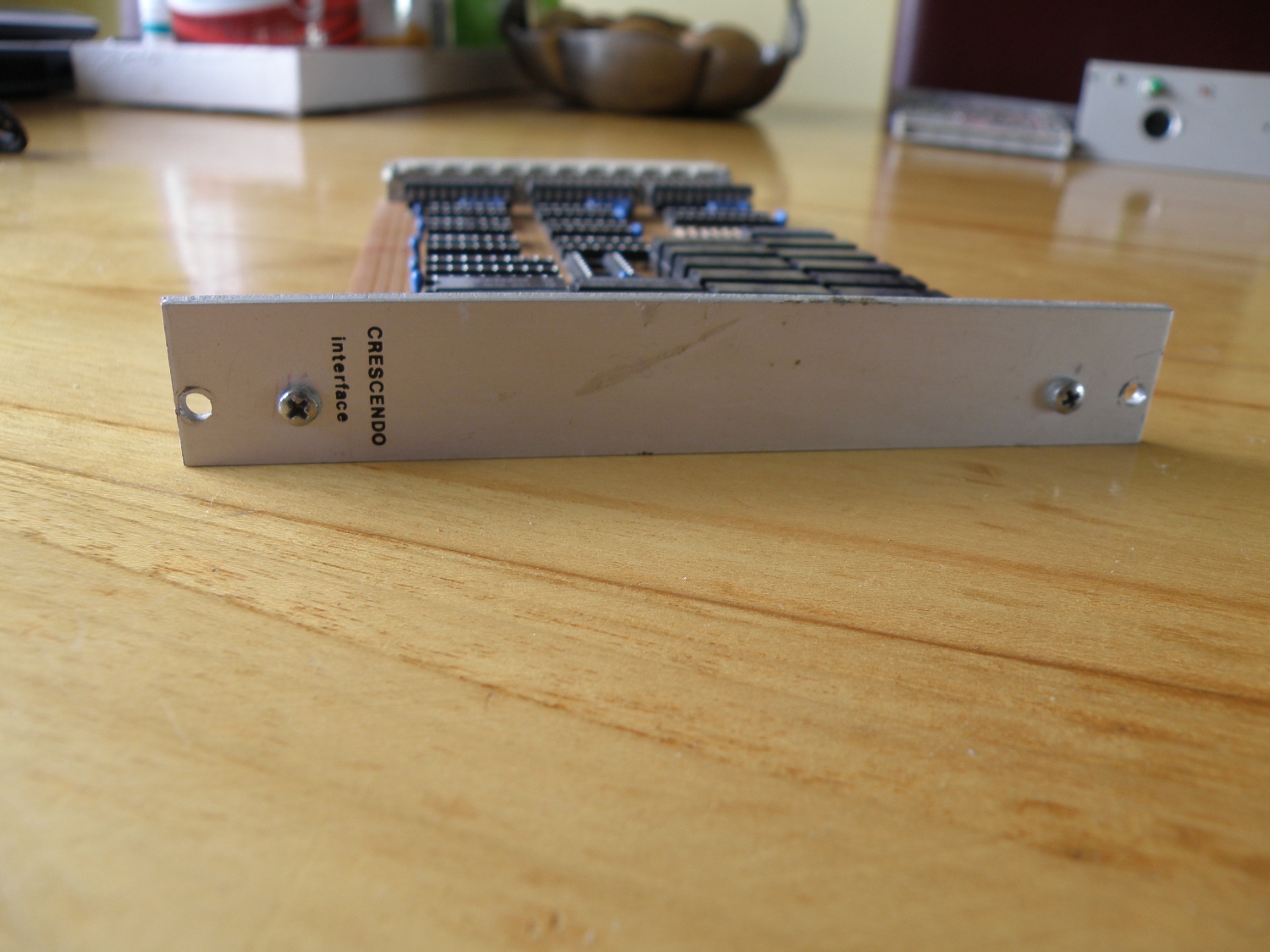 From this interface board also a picture of the frontpanel. 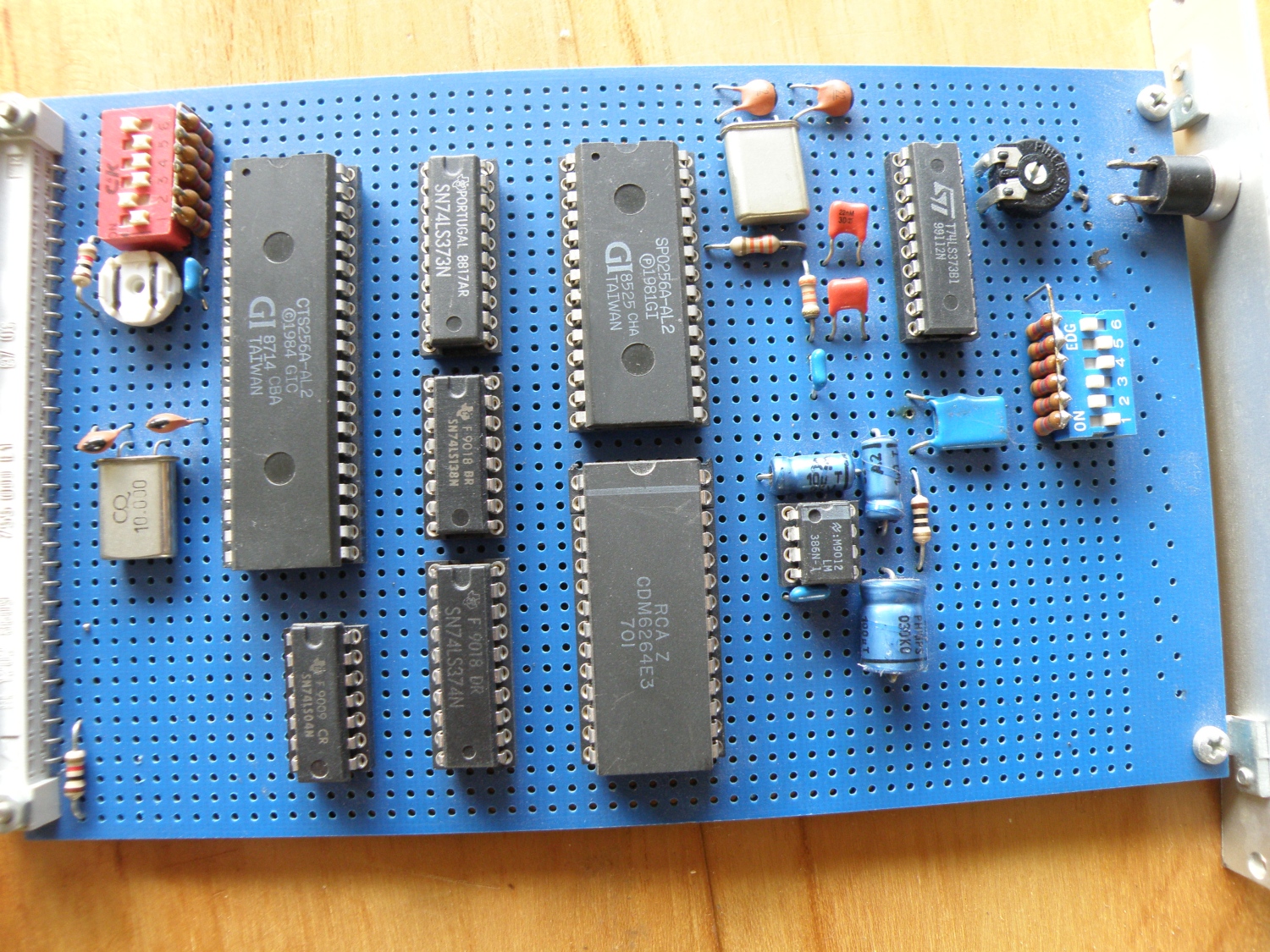 And the speech card, based on the Sp0256A and the CTS256A processor. We had a lot of fun with this speechcard. Nobody understood what was said and I didn’t get that, I understood everything that was coming out of the speaker. Looks like because me as the programmer did know what speech there was expected and therefore understood it all. 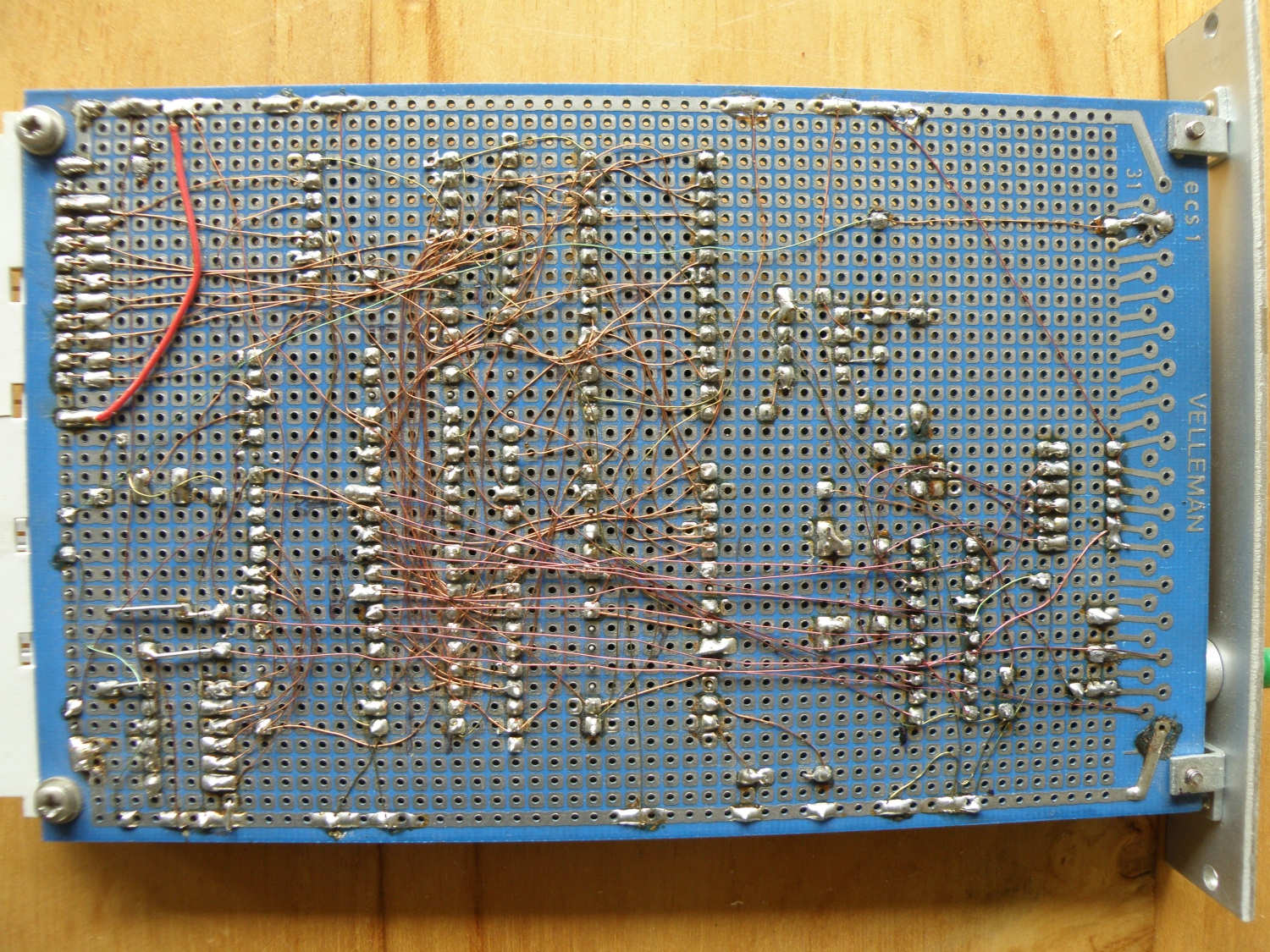 Backside with all the roadrunner wires again. 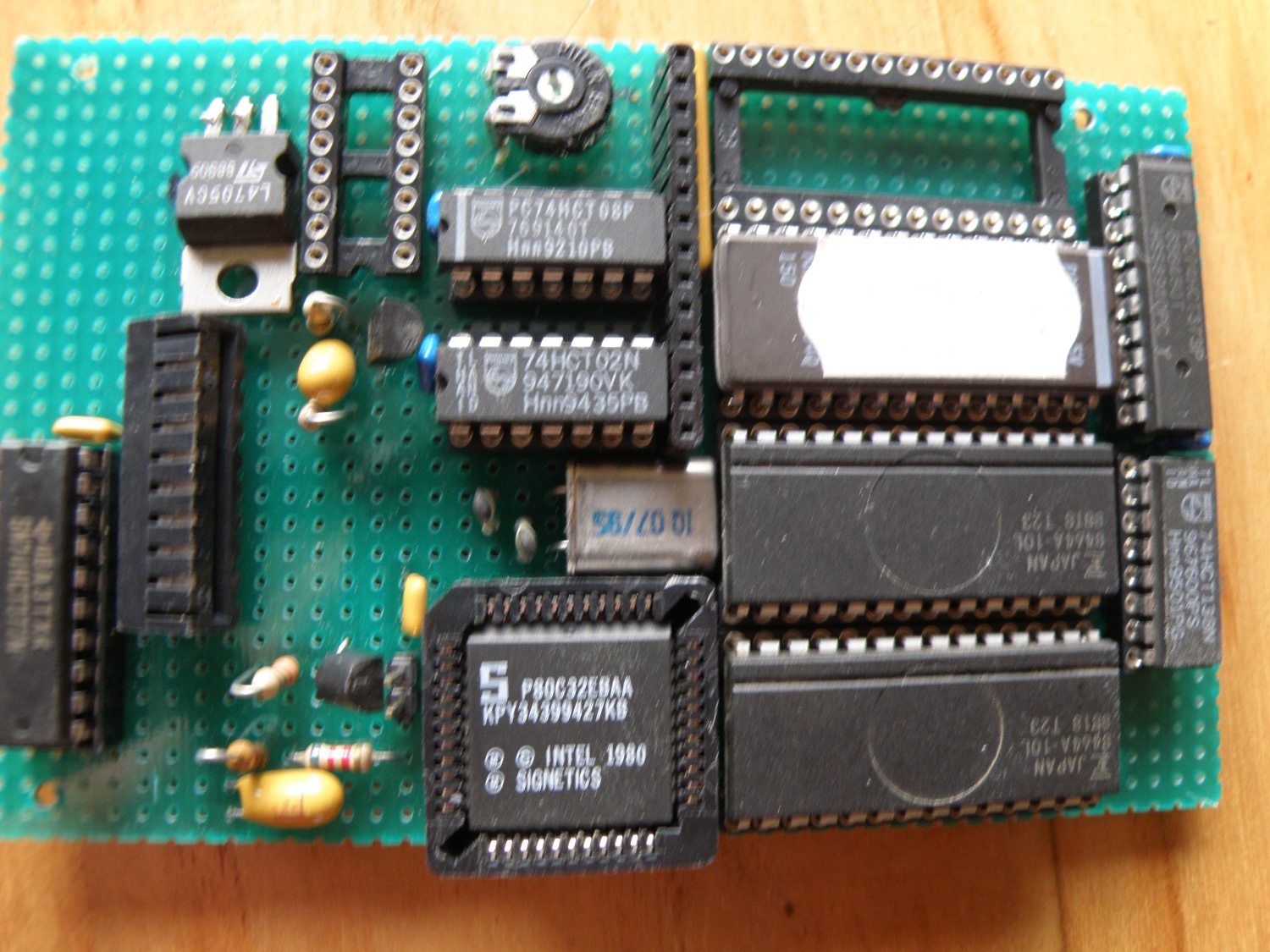 I had someday a crazy idea to make a Rf remote control for the Joshua predecessor. This was begin of the ’90 when it was a bit complicated then now a days. This is the test setup to develop the software. 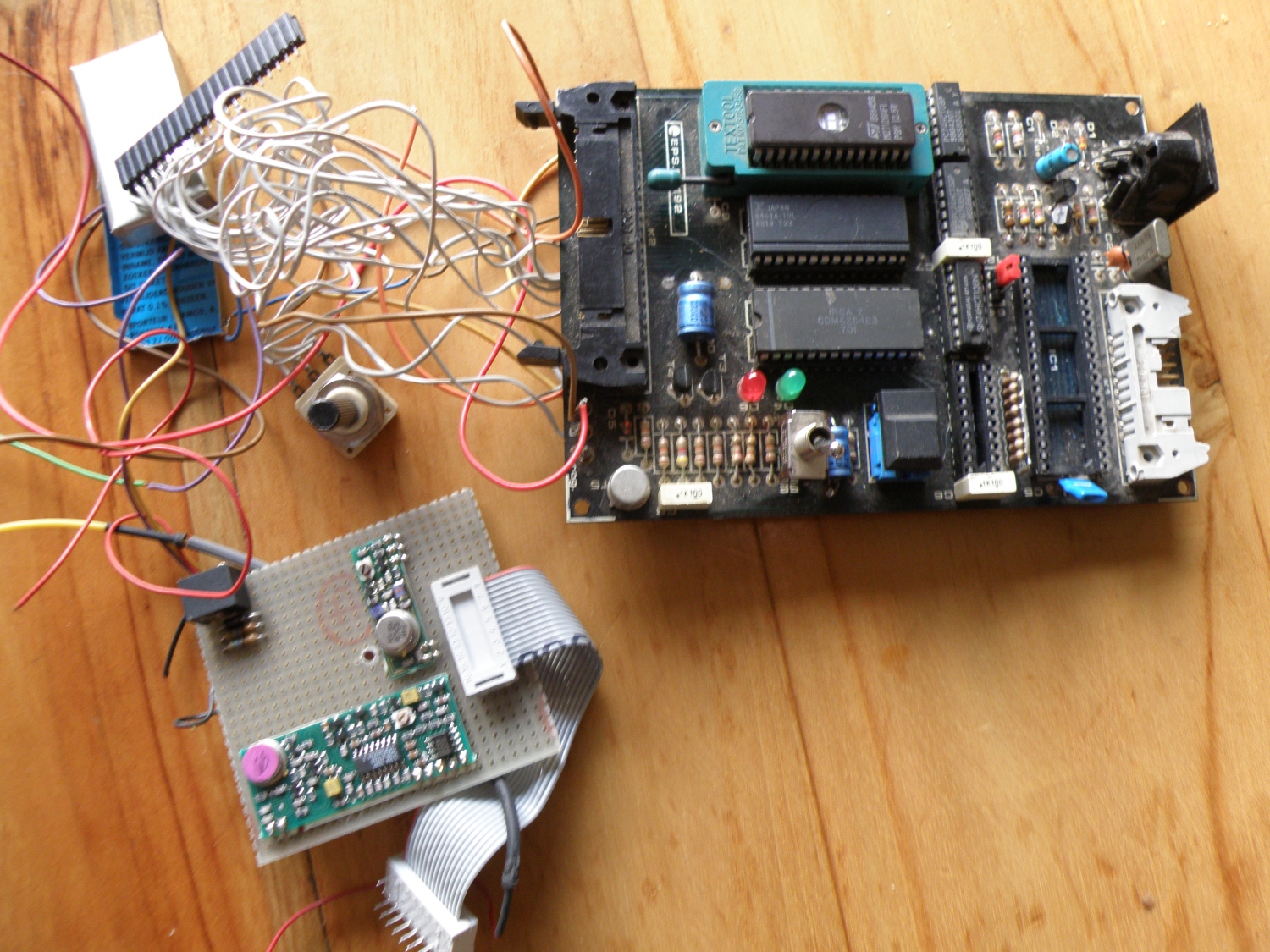 And the prototype, ram, rom, cpu all separated in dip package. The project never was finished, hard to realize with these components. 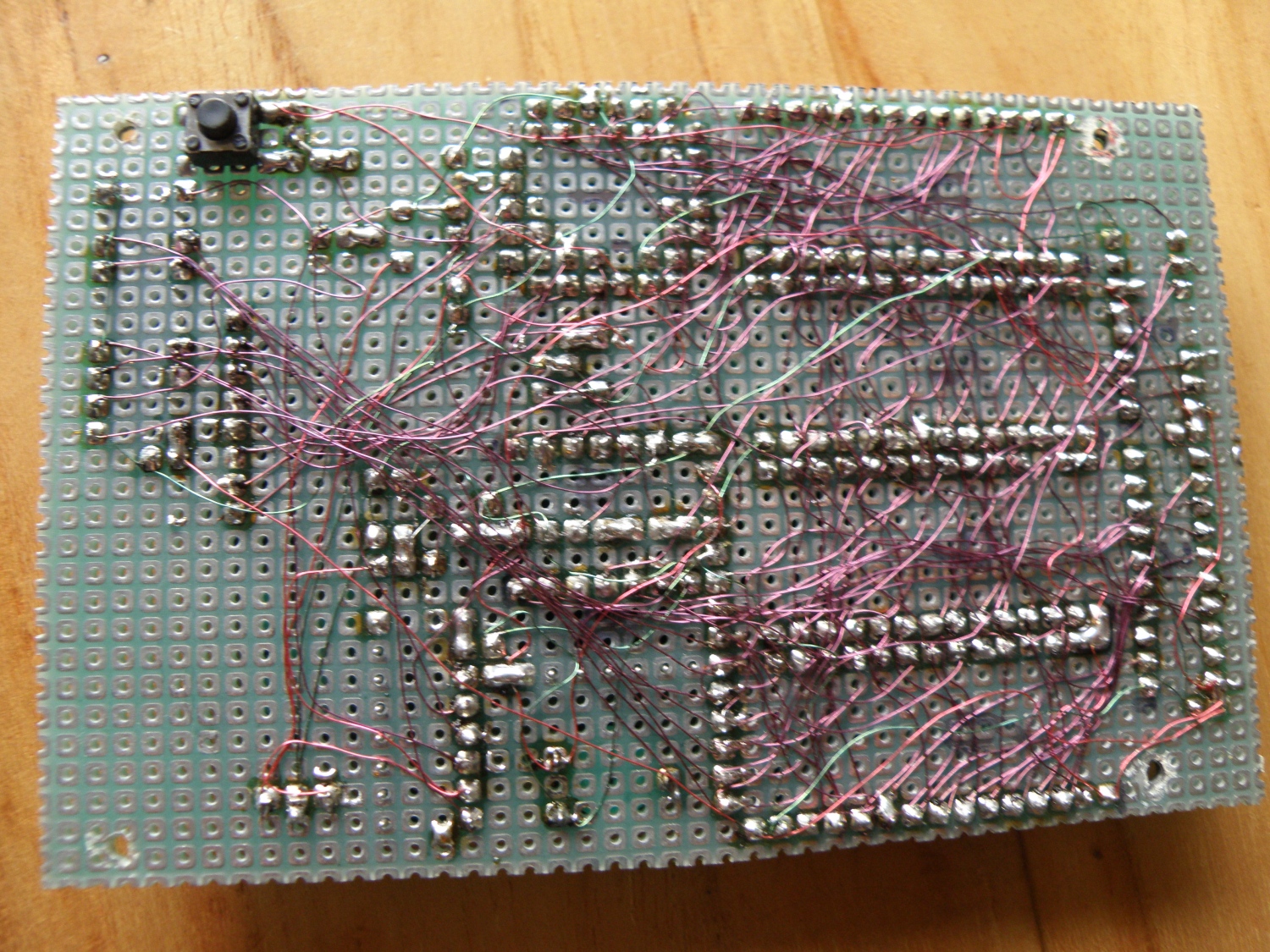 And the back with a lot of roadrunner wire again. Realizing this compact print on a regular 2 or 4 layer pcbs is hard to do, but with the roadrunner wire you can make as much “layers” as you like. 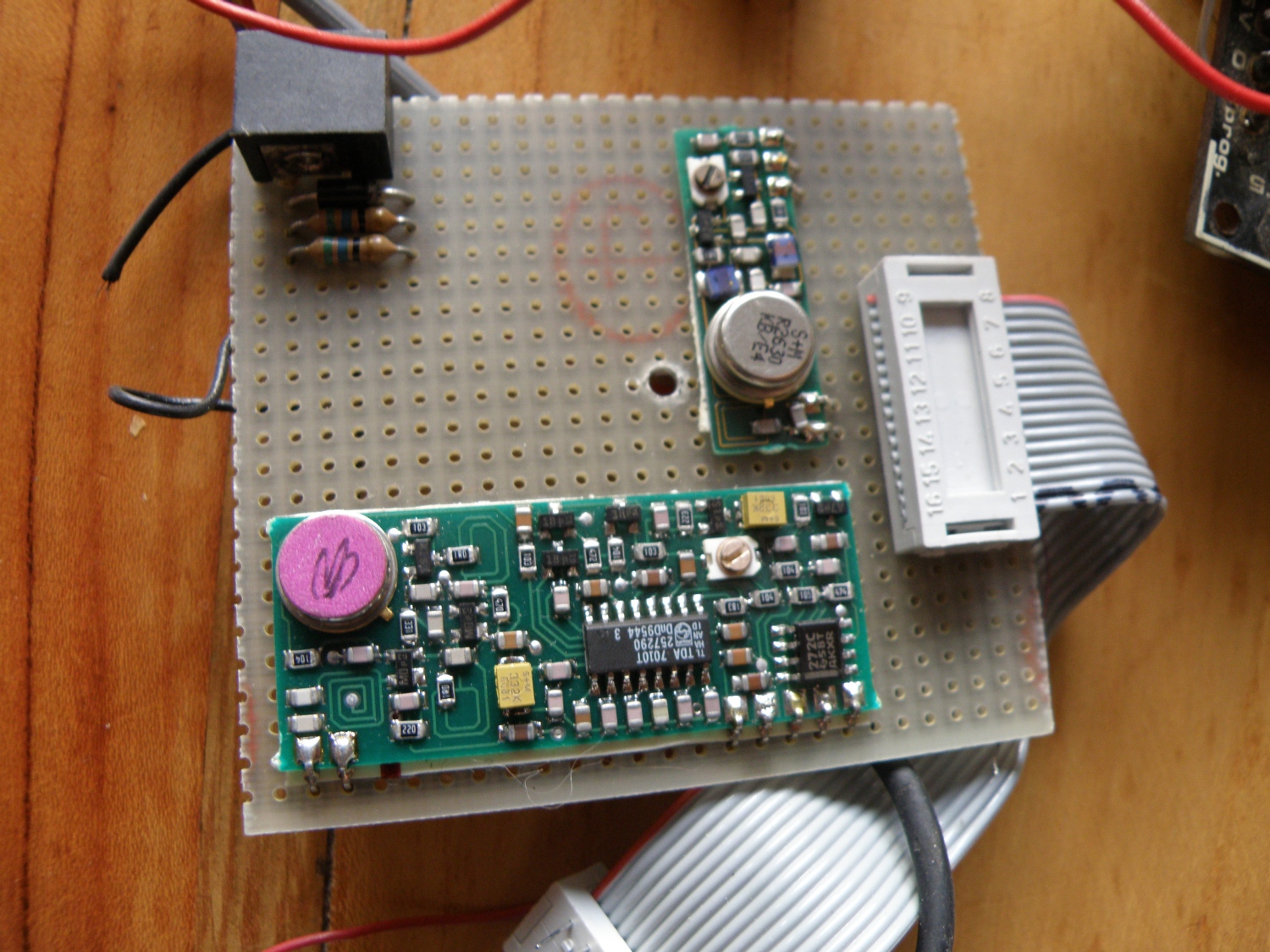 The rf board with tx and rx module. You can buy these modules now for a couple of dollars, but then they cost €75 for a set rx/tx.

Various projects that I have made in the past. Some are still in use, other are overtaken by time. 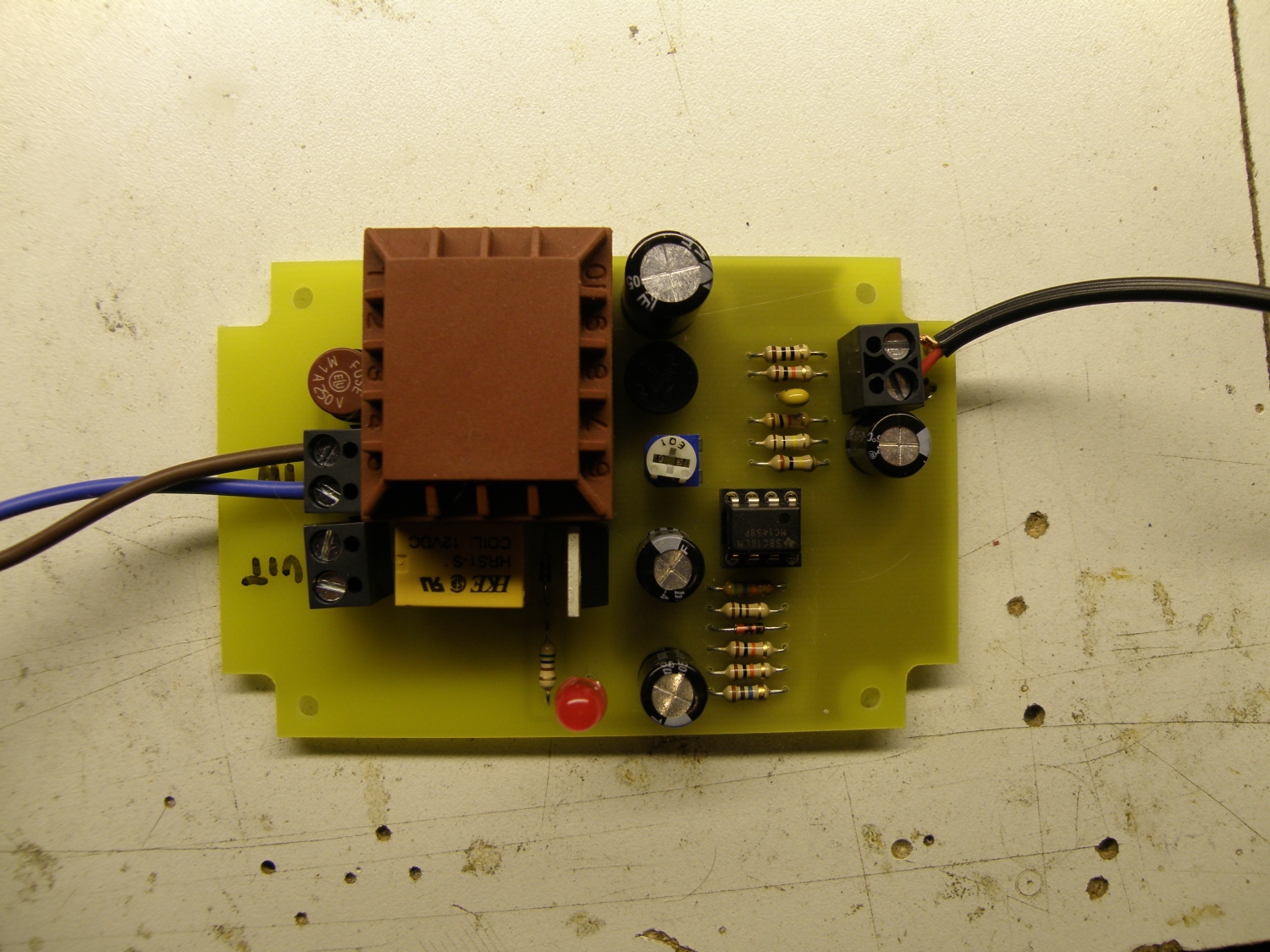 My subwoofer uses 11watt when in standby, to save some energy this switch will switch the subwoofer on when there’s audio. Still in use. 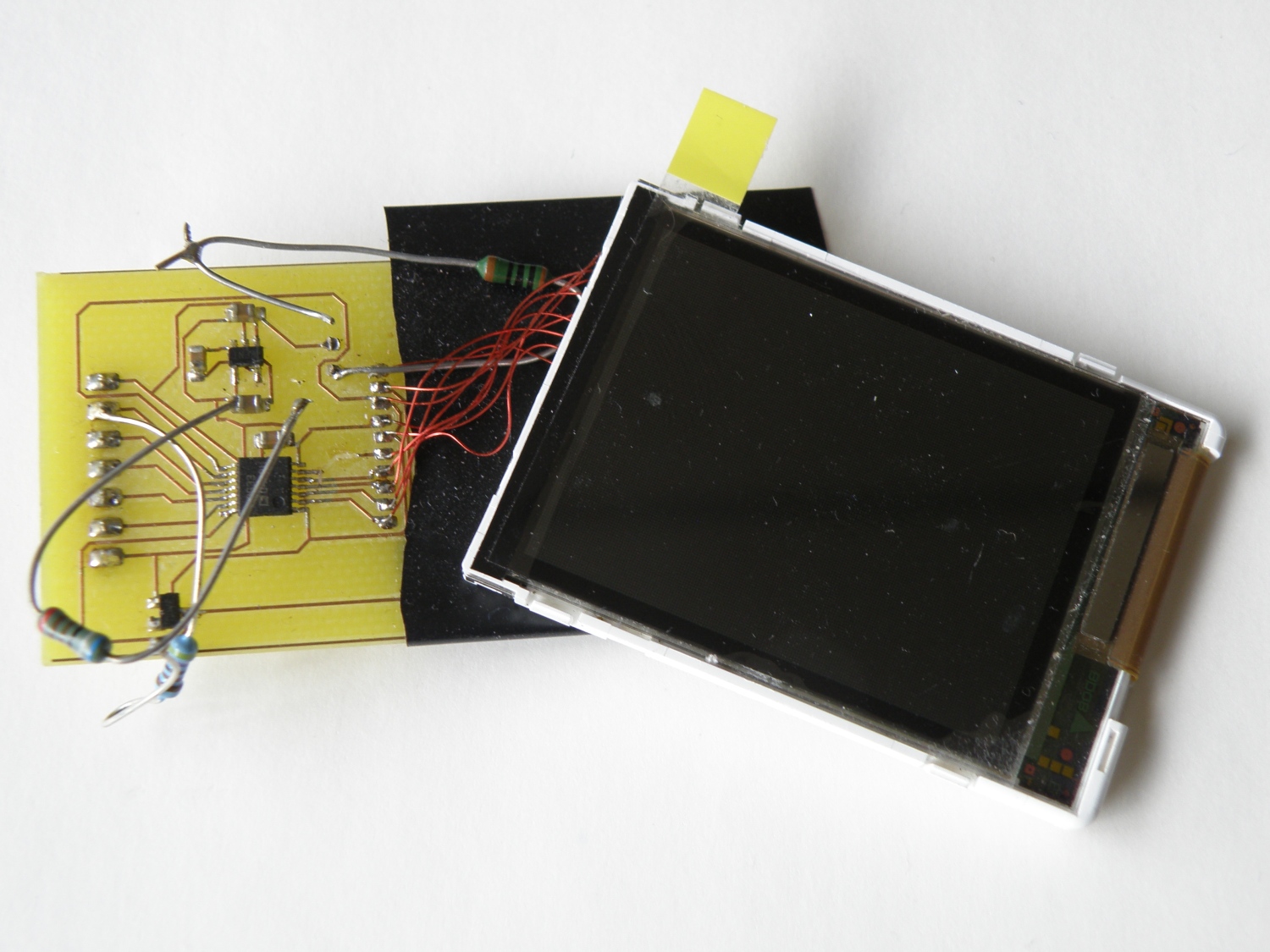 The test setup for my S65 library. Some “modification” are done to get it all working. 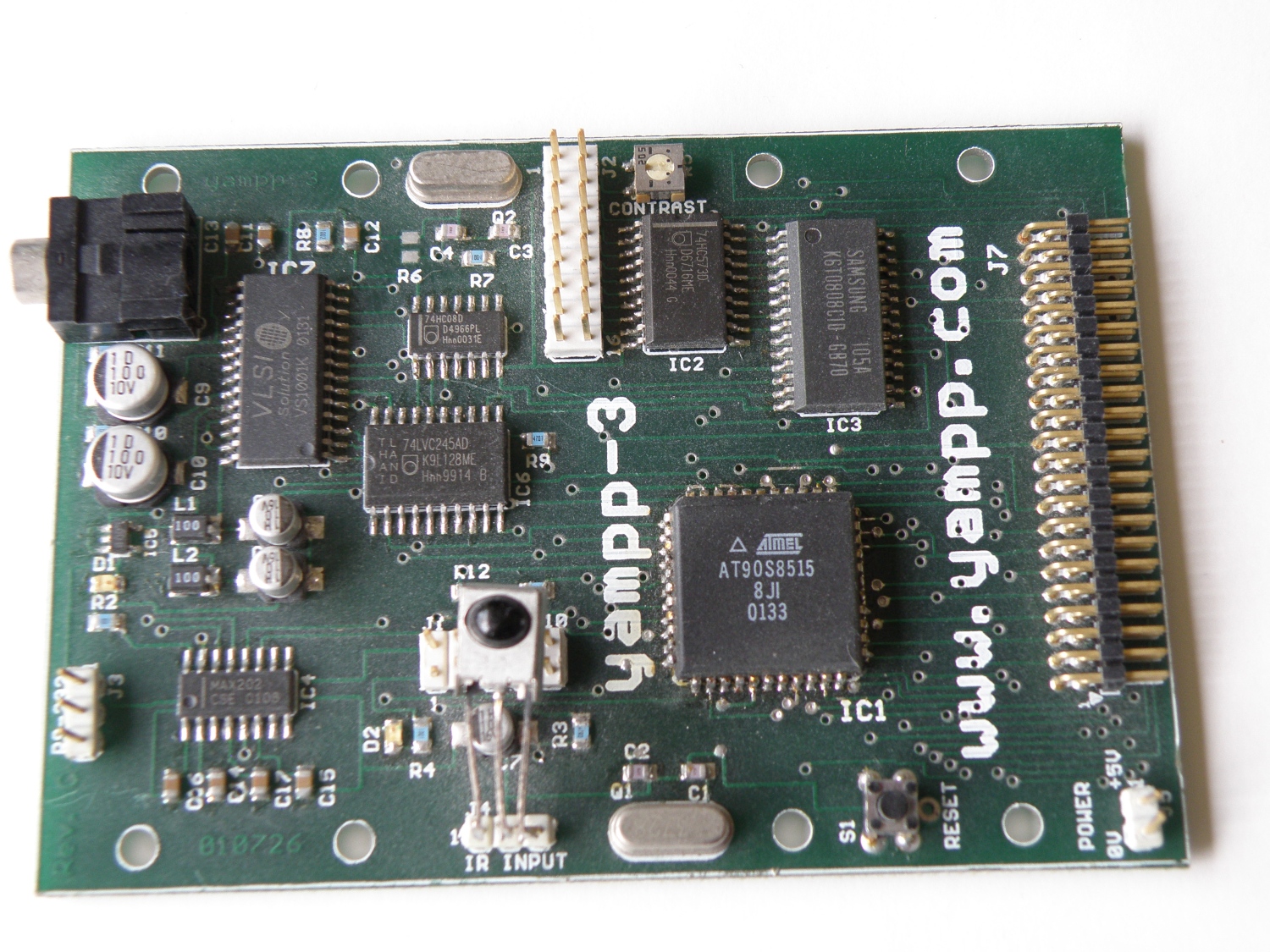 “Yet another mp3 player” a mp3 player that plays mp3 from a hdd, sounds not that special now, but then it was very unique. Special when you made you own. This was my first serious smd project. Just a kit that I soldered together. Even the components where 1206 it was not that simple, mainly because I didn’t have a aporpiate solderiron and solder.
Now these days soldering 0402 and 0.4mm qfp package aren’t any problem. If you use the stencil method, it’s a piece of cake. 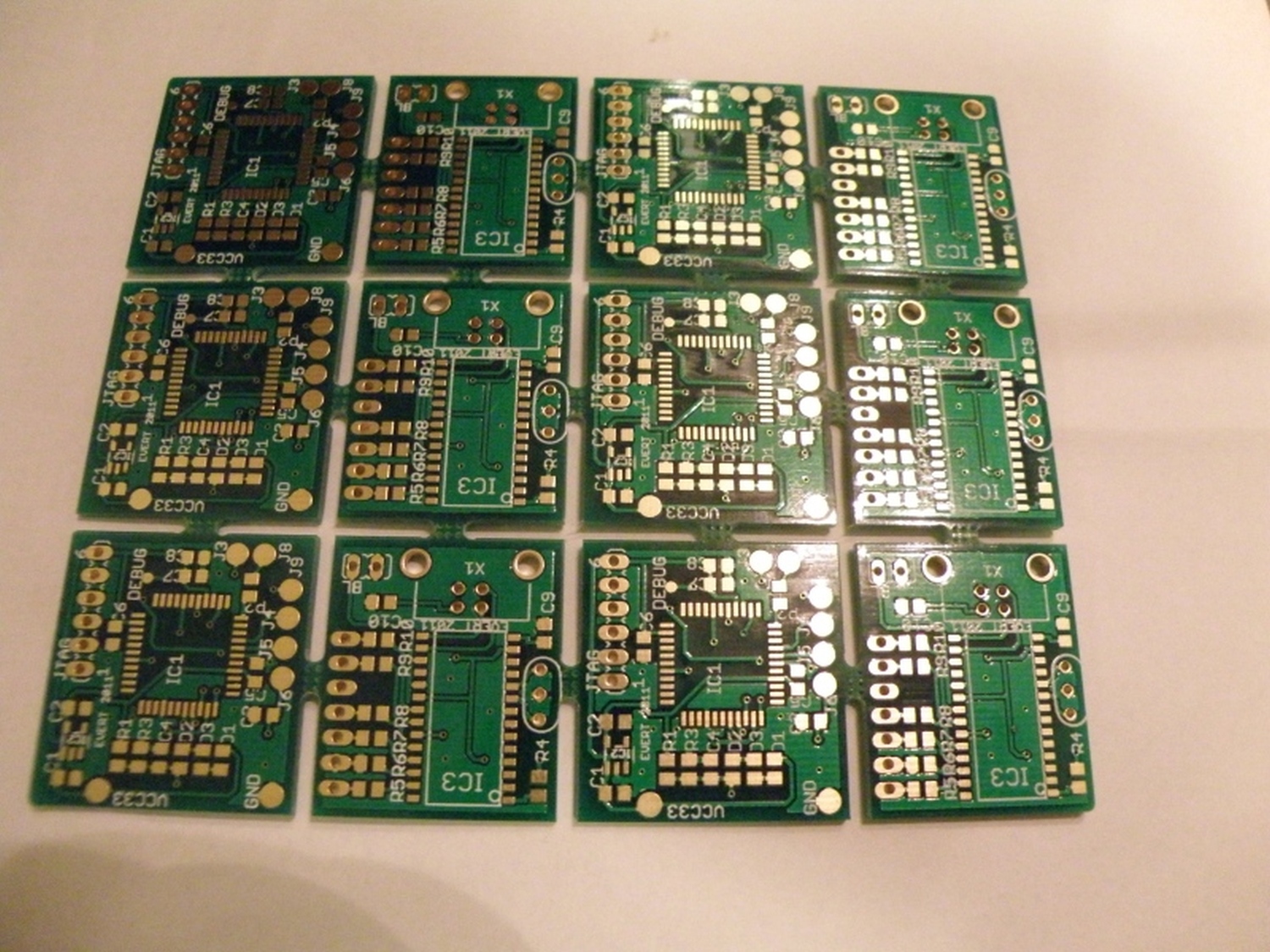 Xbox glitcher pcb and jtag programmer to exploit the xbox360 glitch hack. Because the Chinese pcb houses give you 10 pieces of the same pcb for the same price there where some left overs that I wanted to sell, but selling was the hardest part. Glitching your xbox360 is in a grey area and therefore not allowed to advertise with. 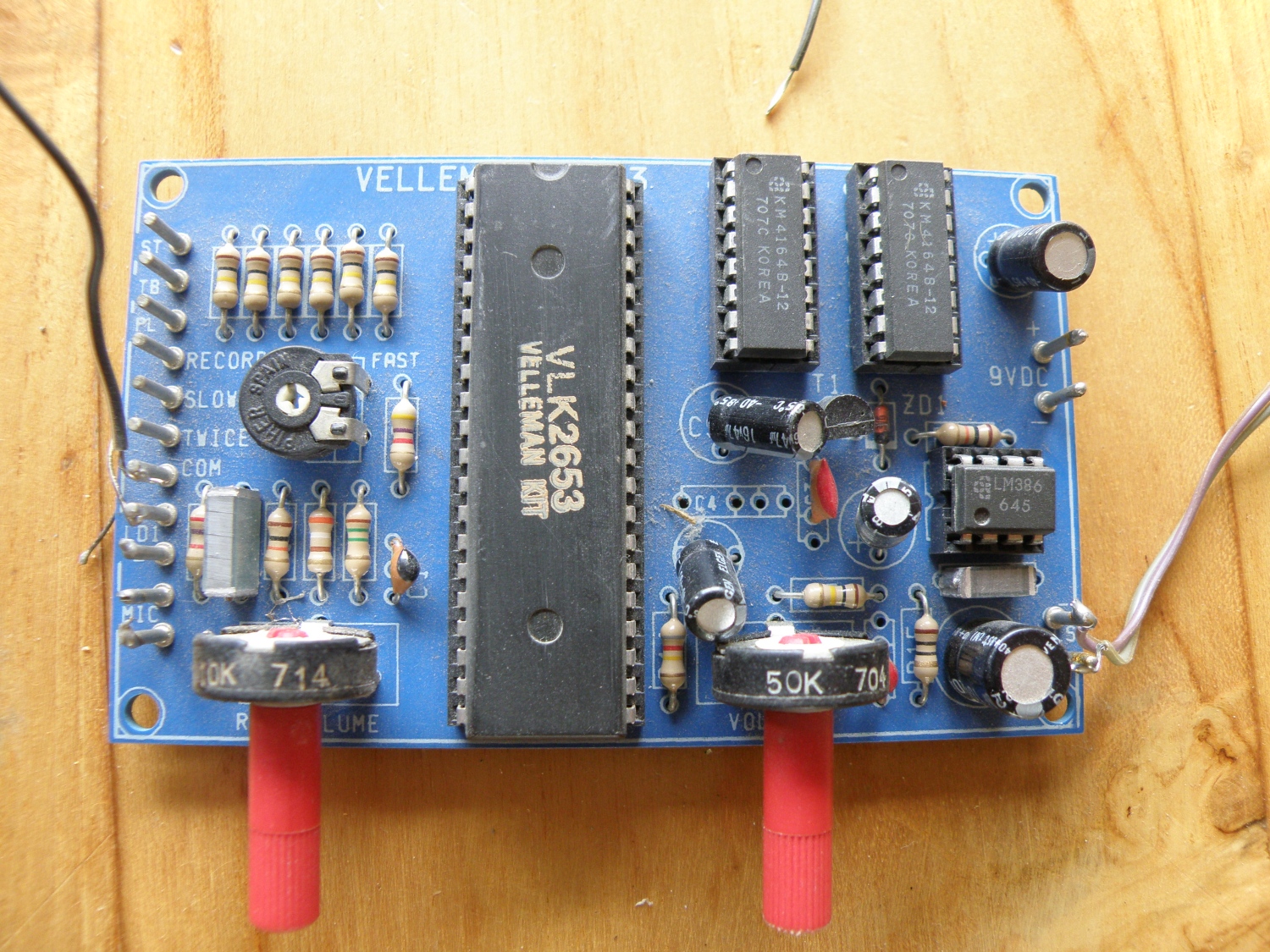 Nothing special, a Velleman 2653 kit to record and playback sounds. Can’t remember for what I have bought it, maybe just for playing with it. 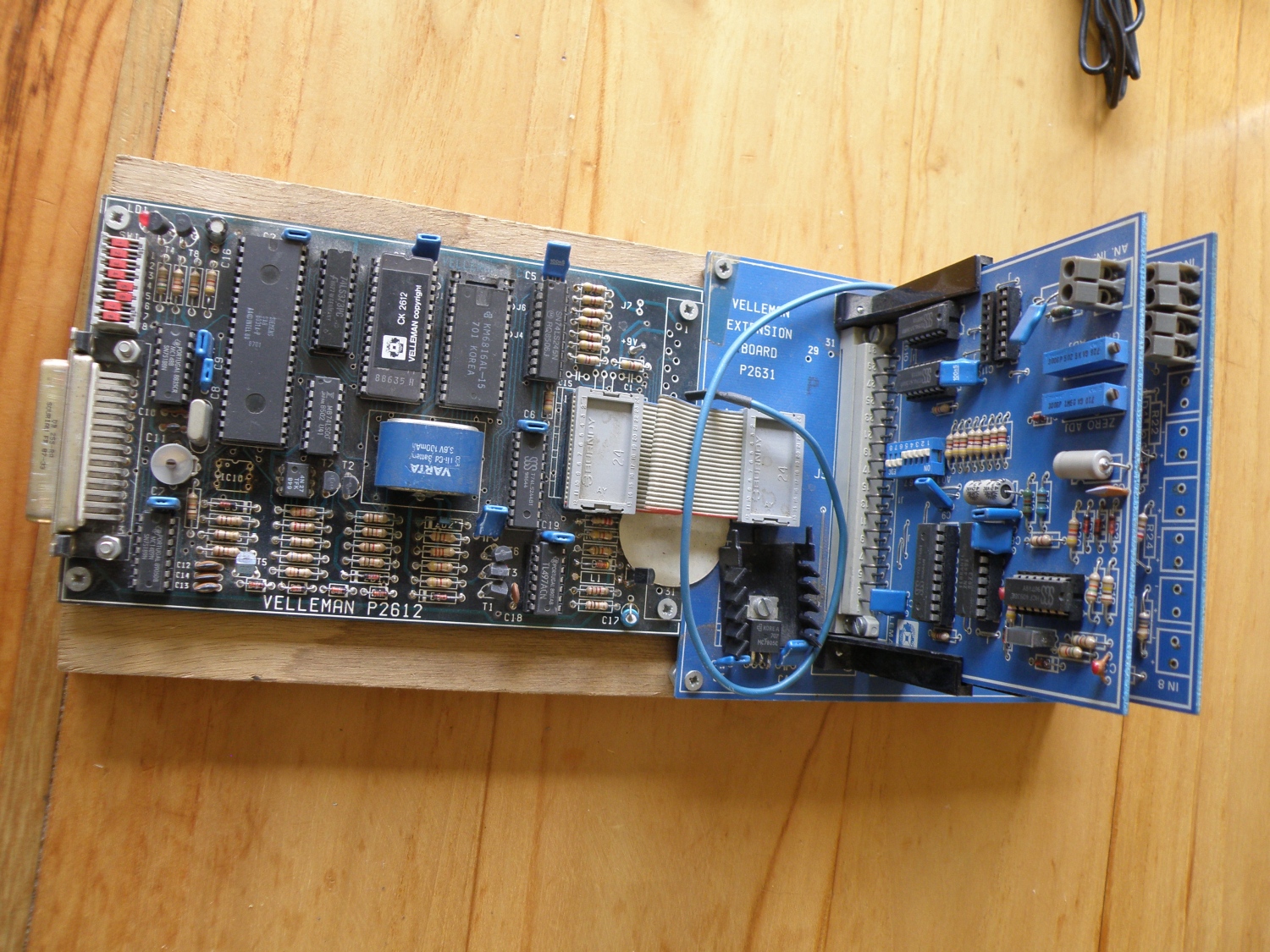 Build this one the log the energy generated by the generators at one of my previous jobs.
4 pcb’s packed with components to read 2 AD channels and 2 IO channels and send it over Rs232 to the pc, hard to imagine now these days with all the Arduino’s etc that can doe the same job, even better with only 1 chip. 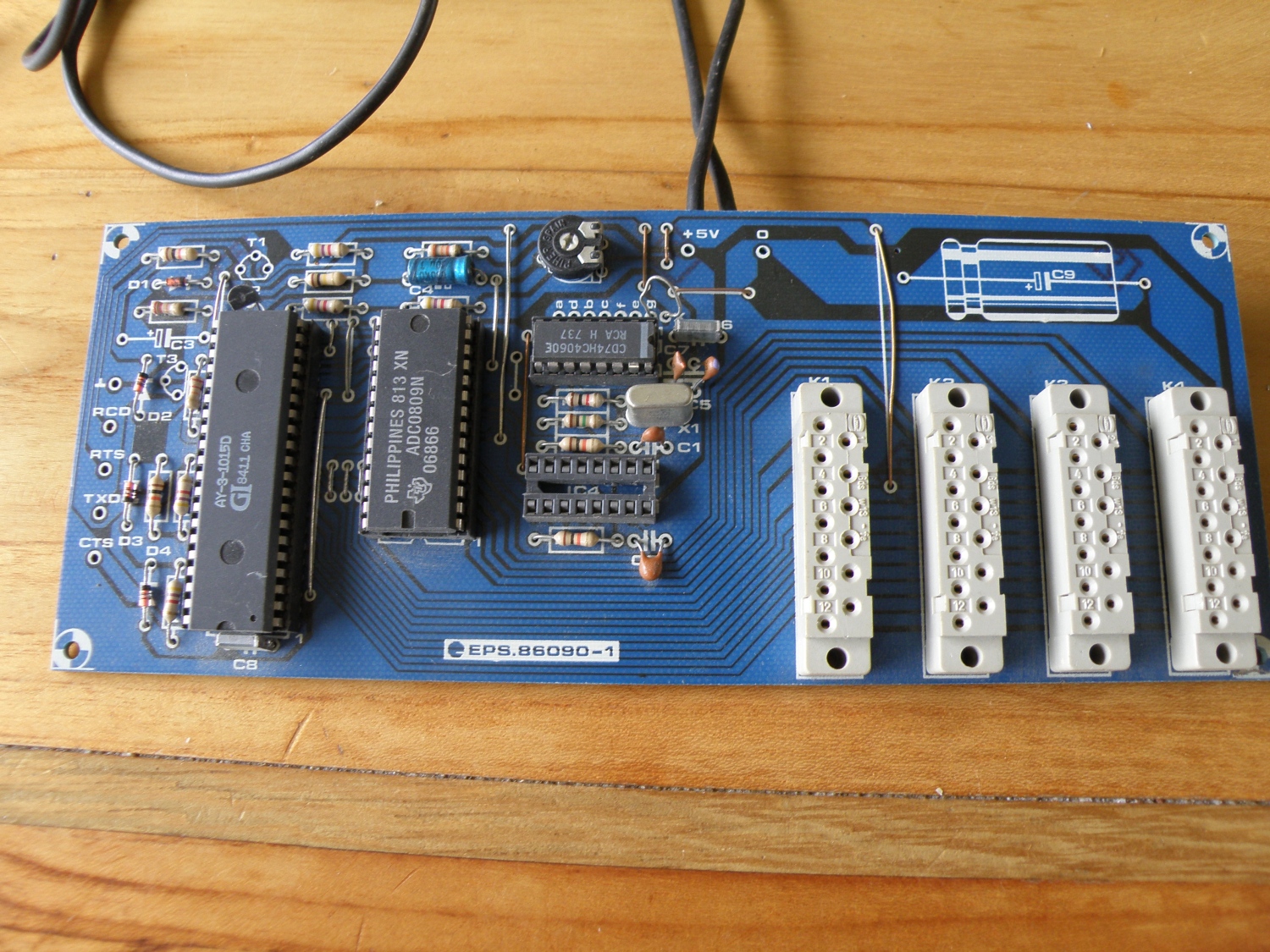 Use for the same project as above, but didn’t get this one working. Never knew why… 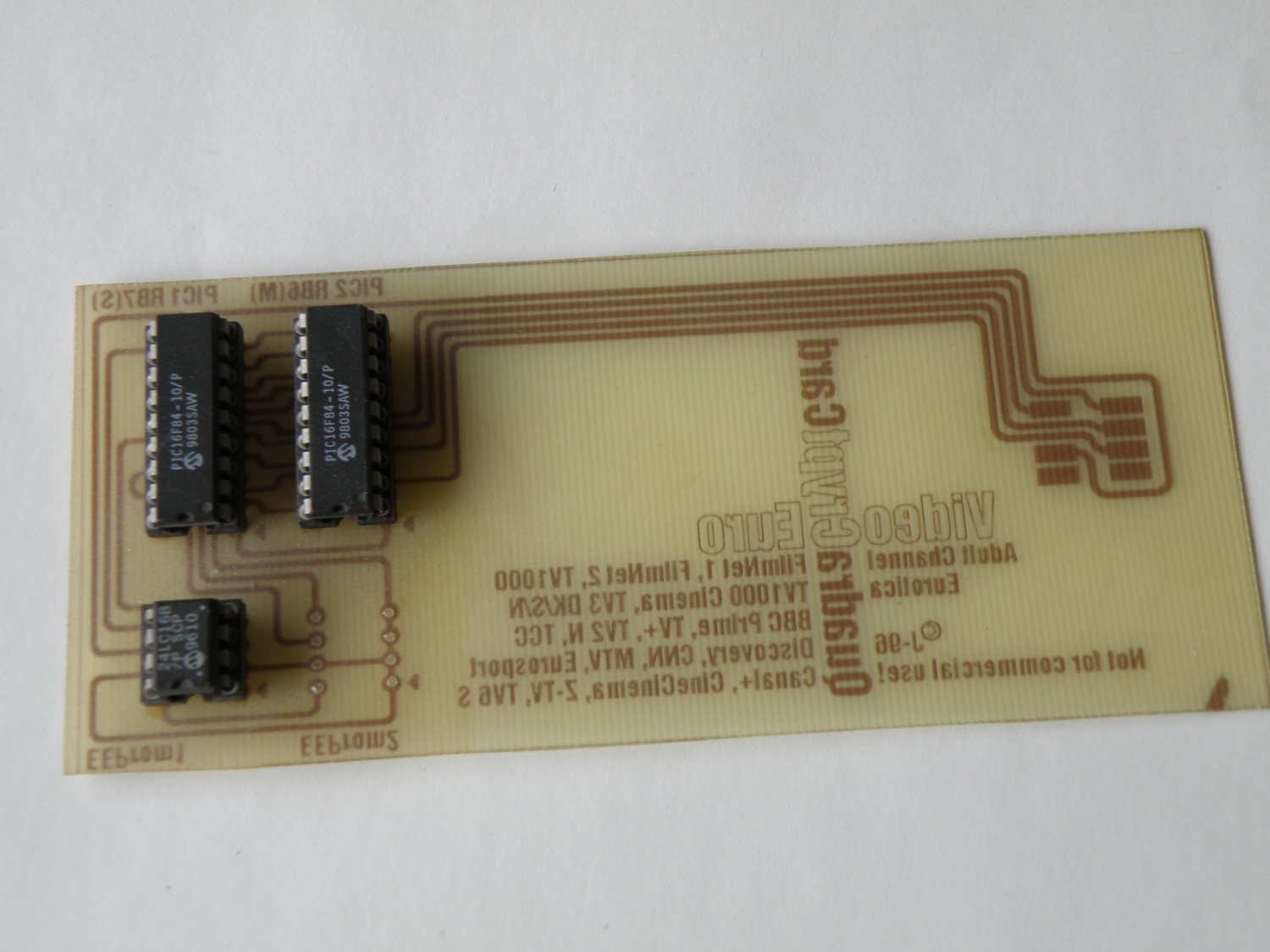 Home brew smartcard emulator for analog satellite tv. Not my design but made the pcb myself.
Watched a lot of channels with this smartcard 😉 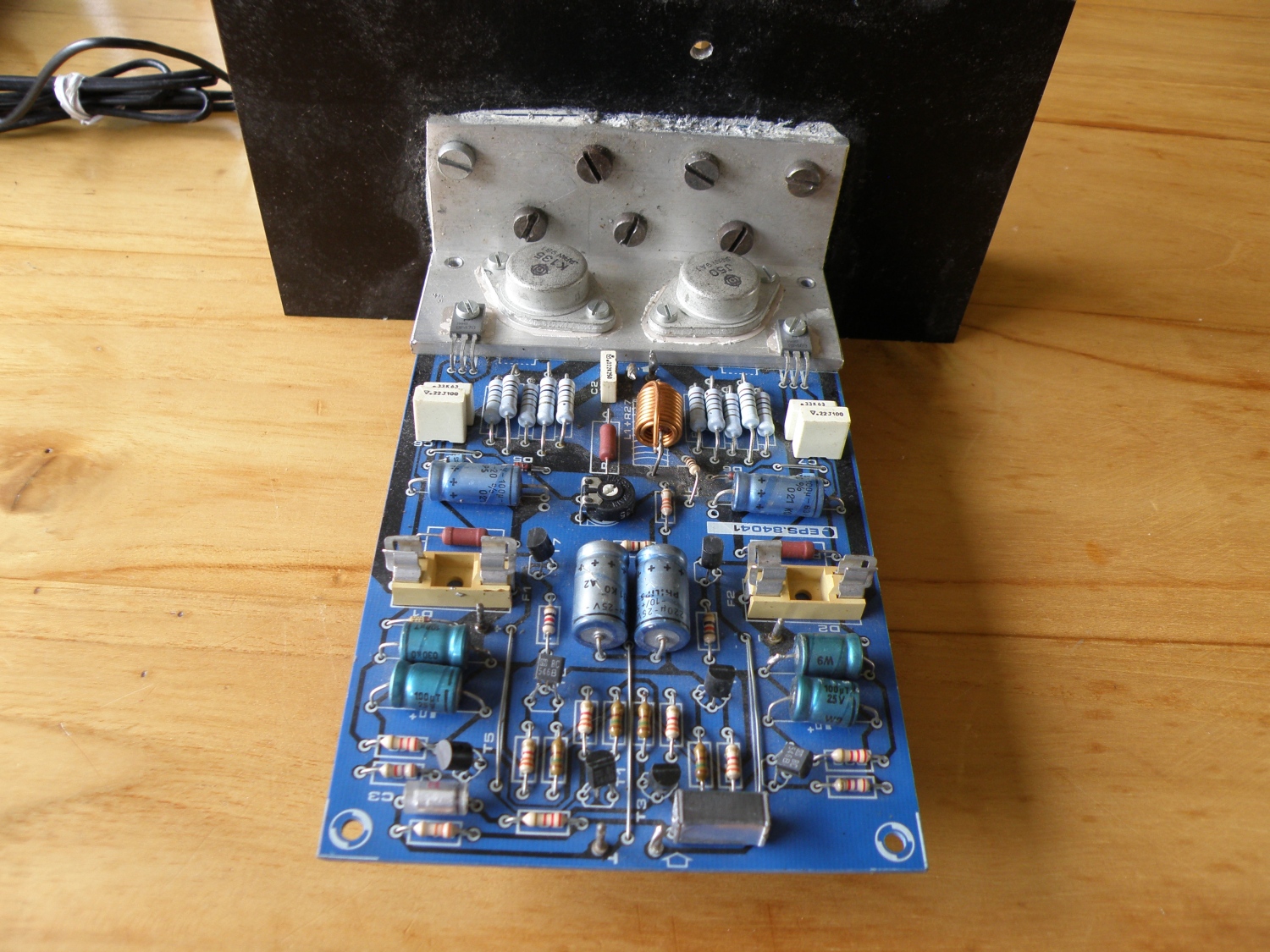 Famous design from Elektuur (Elektor) magazine, the mini-crescendo.
This was the light version of the Cresendo mosfet amplifier, still using it. This board is from the post crescendo that I used as active subwoofer, the last one is taken out of use. 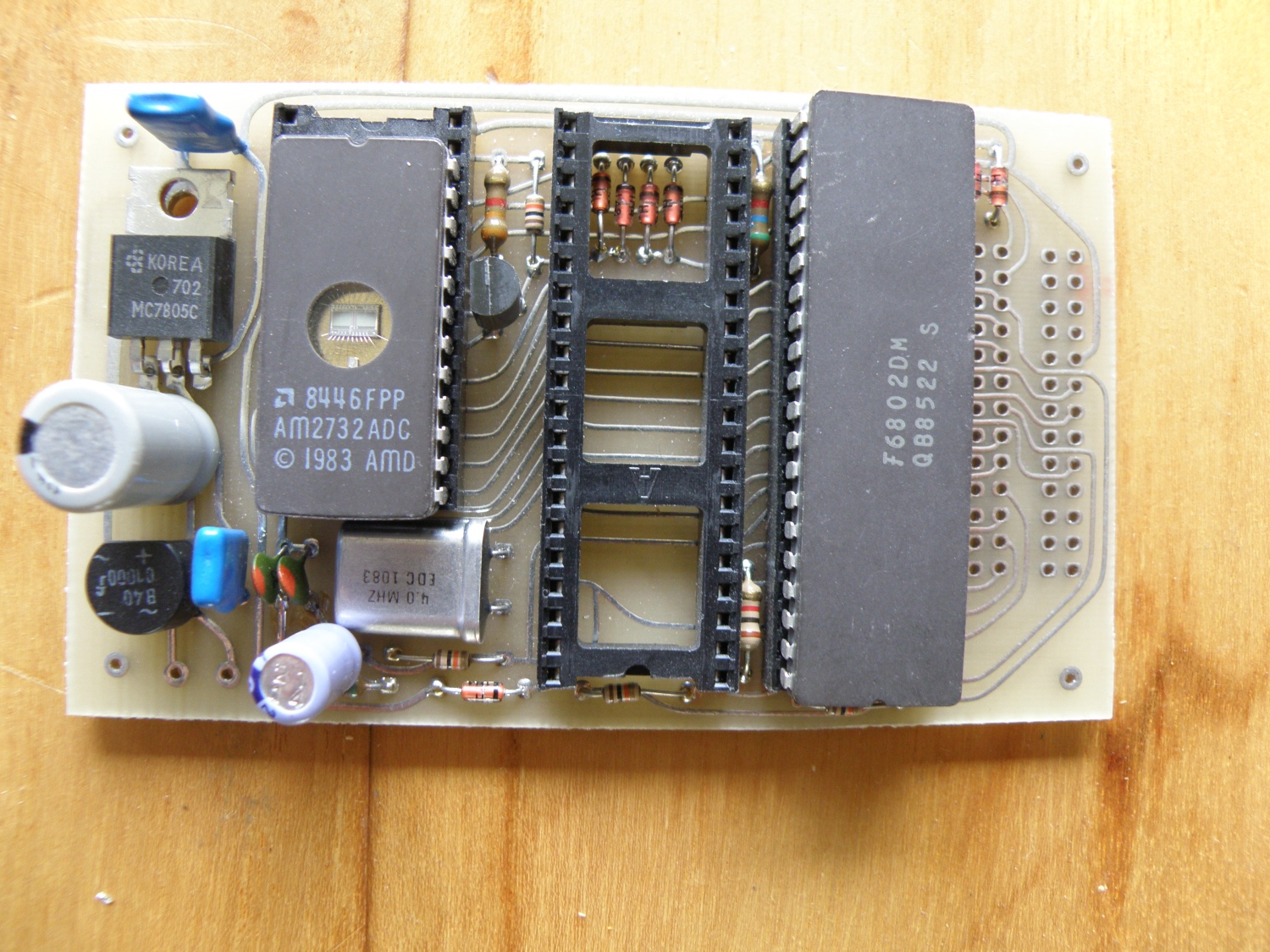 Controller board with 6802 controller, ram (missing) and eprom. Never used it, didn’t had an eeprom programmer myself. 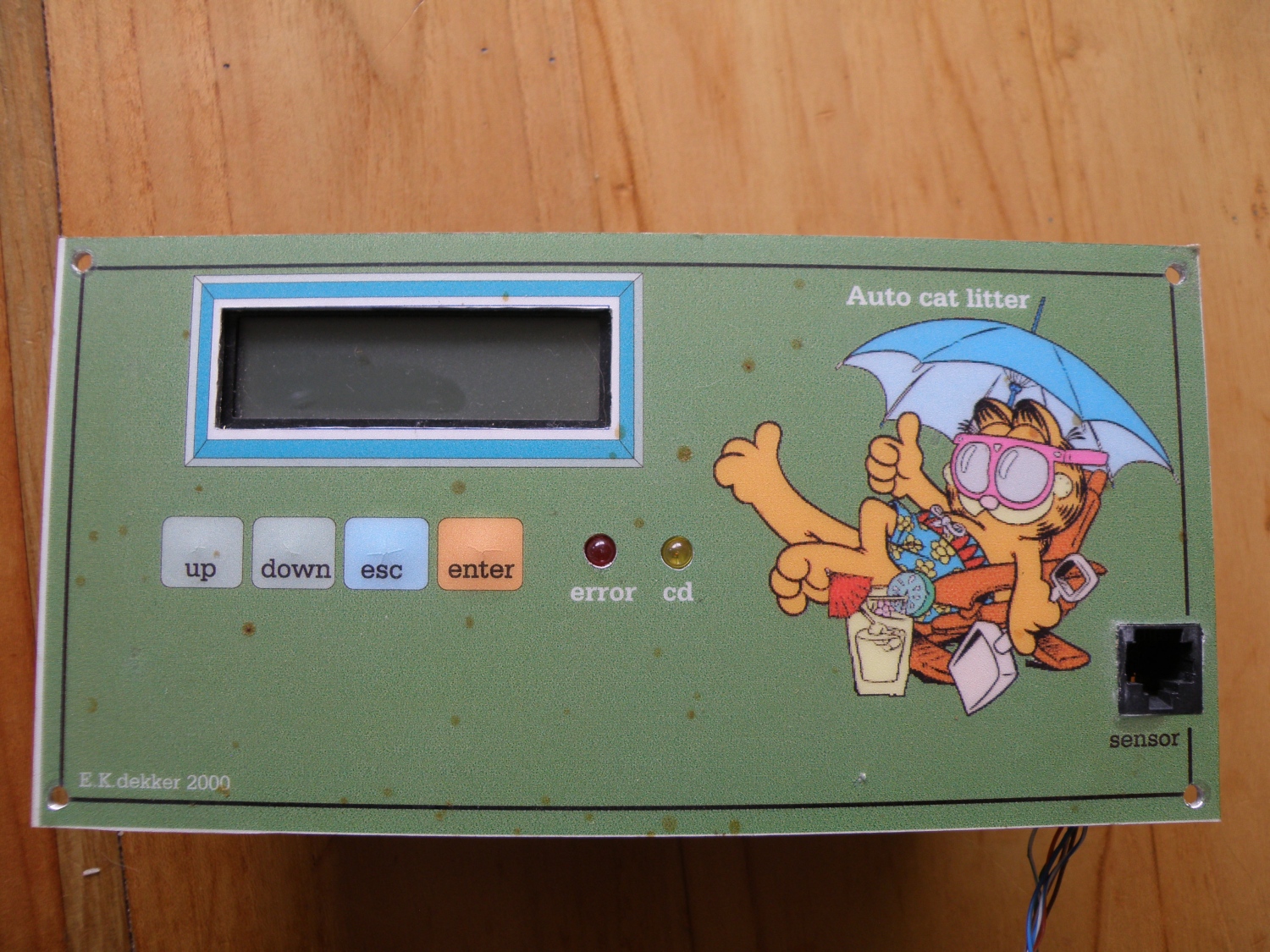 Some crazy idea of me; I forgot sometimes to clean the cat litter on time and then the cats pied some where in the house and I had even more cleaning up to do.
There was nothing to buy on the internet, only cat litters that removed the poop from the litter, not refreshing the litter.
Automated cat litter that cleaned the litter after 4 visits from the cats. This is the operator (for me, not the cats) front panel. Home made frontpanel with recessed button behind it, lcd display and connector to the top lid of the litter. 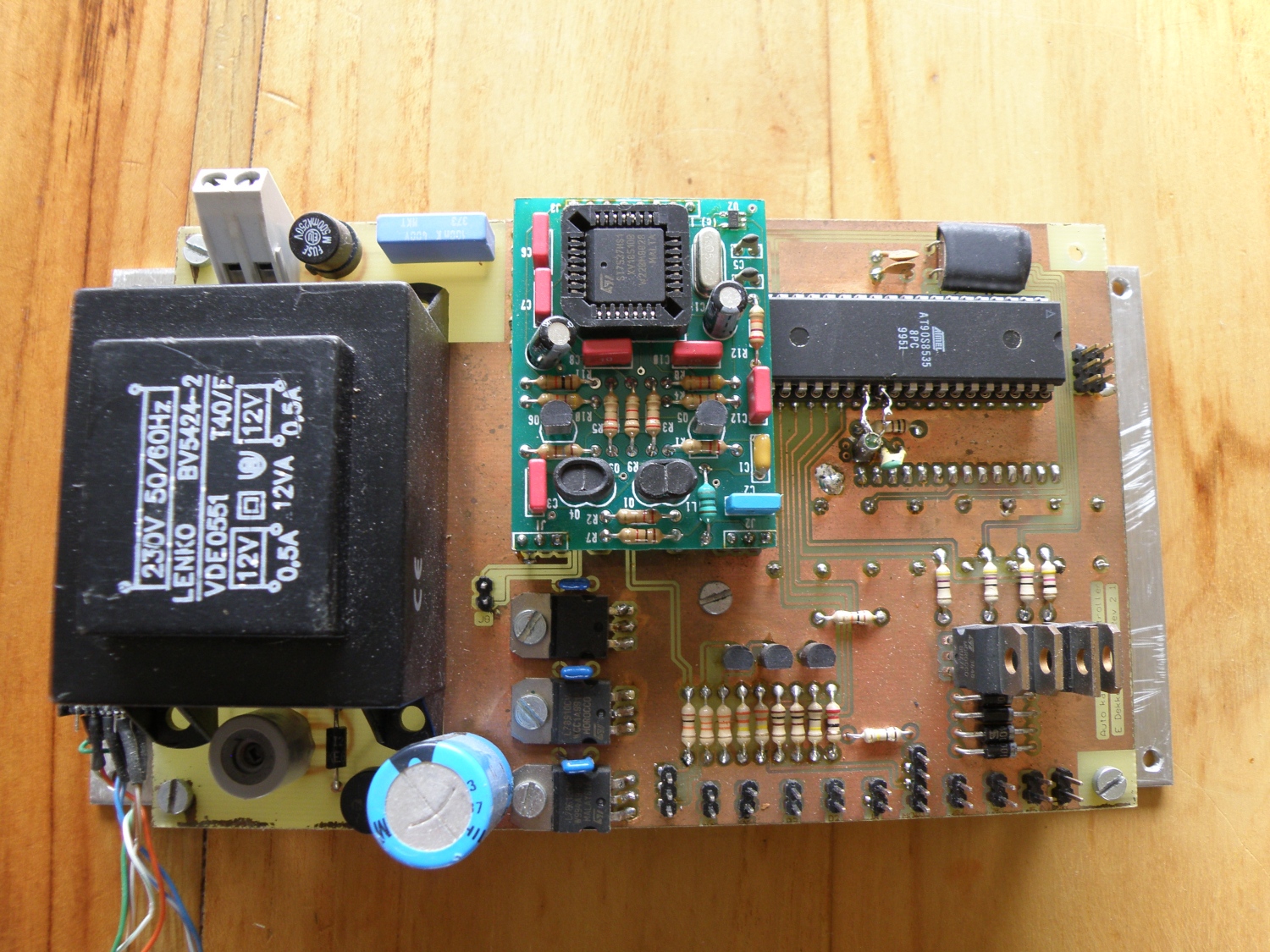 Backside of the controller board. The sub pcb is an power line modem that I wanted to use for the domotica, however the communication was that poor that I dropped the idea to use these. Module was also to expensive to use it for all the network nodes. 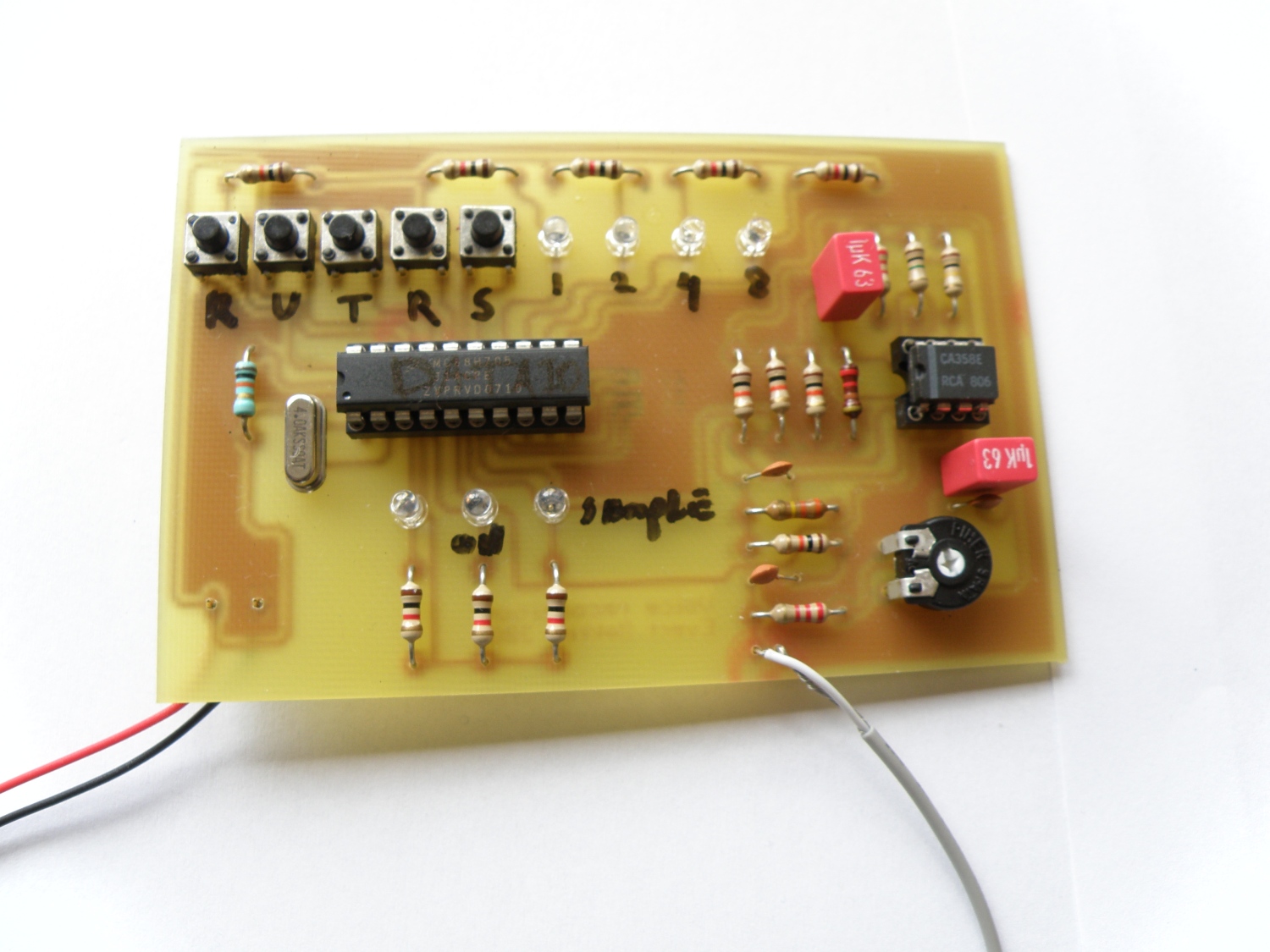 Voice recognition was not new for me, have used already a long time but now it was time to make my own. It works, now I’m trying to port it to the Atmel Avr series.  Project still running……………….

Programmers and debuggers, how much of those I didn’t make.. looking at this page when it’s finished, more then suspected.
Some of them used one or twices for a special project or because it was working crappy.

HV Stk500 compatibel usb programmer
[singlepic id=’336′ w=’200′ h=’300′]
For the avr serie’s an usb high voltage programmer. Used it one or twice,  running the usb stack on a Mega8 was sloooow. Not handy to use for development.